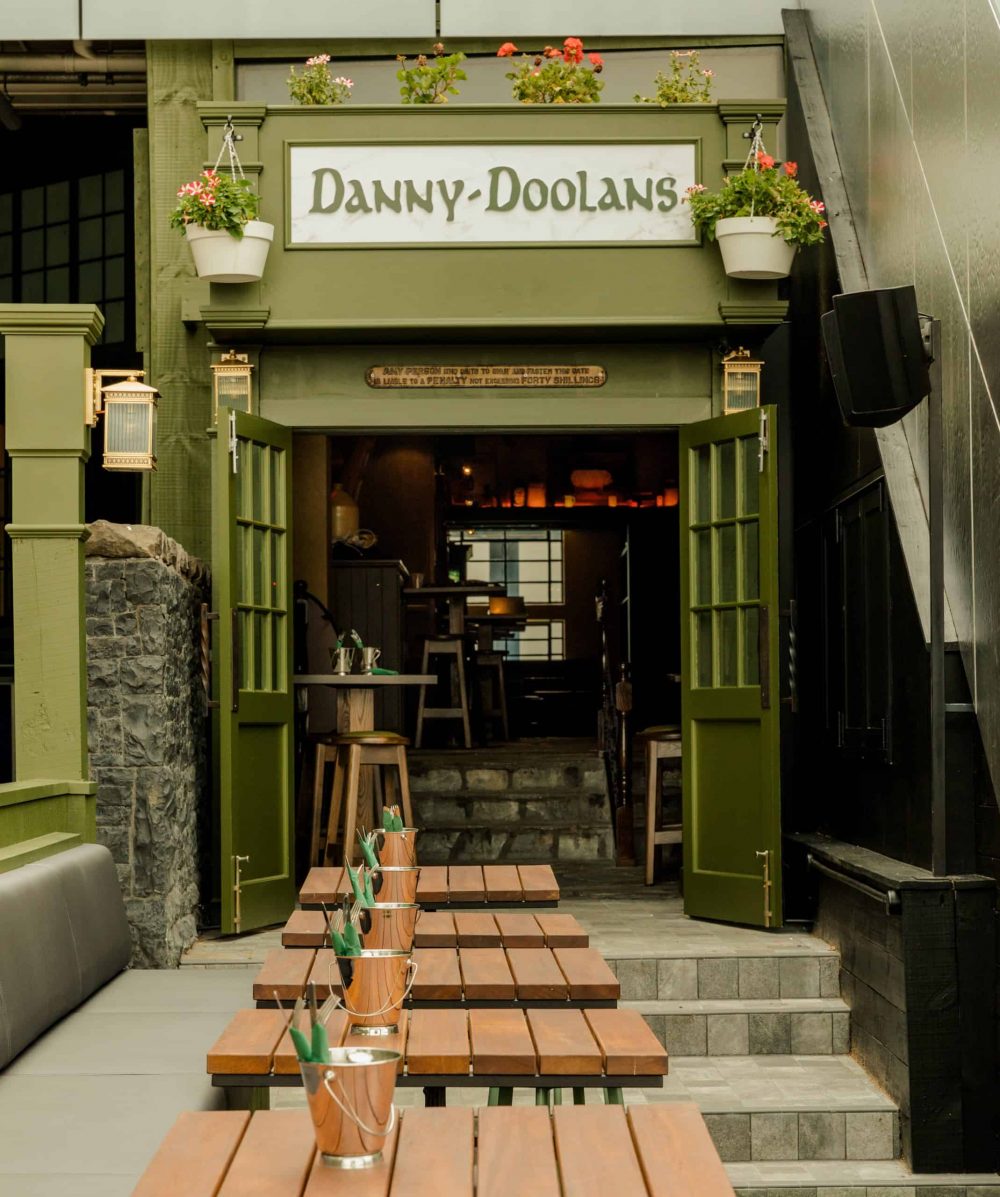 If you’re familiar with Auckland’s Viaduct on any night, you’re probably familiar with Danny Doolan’s. It’s an Auckland institution, having delivered Irish charm, good food and drink, and many nights of live music and dancing in their iconic waterfront spot since 2000.

The Datum team were tasked with giving the space a bit of TLC, as well as an update to align with Danny’s rebranding. But, like many things, Auckland’s extended lockdown meant it wasn’t an easy Irish jig! 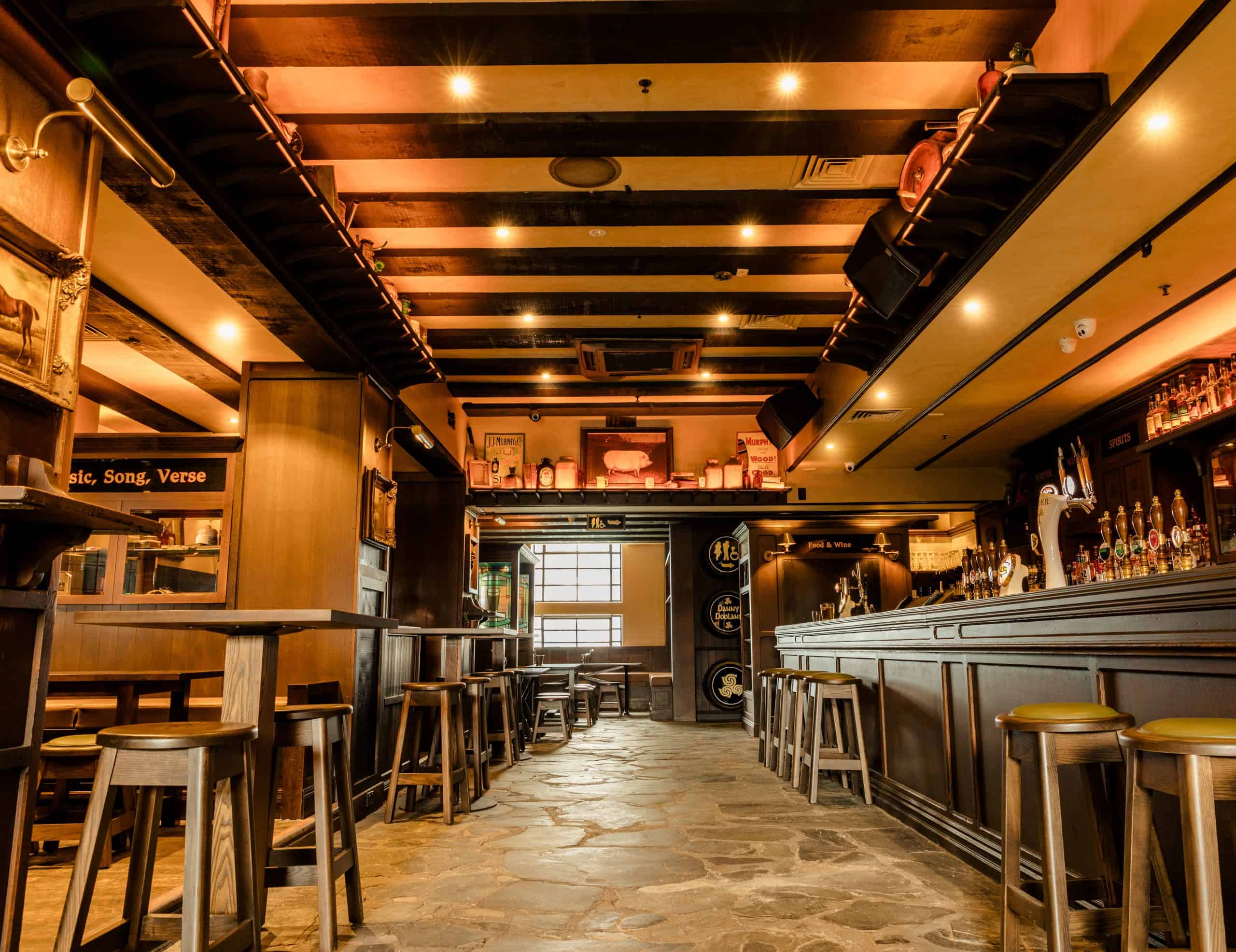 Natalie Ayson of Good Spirits Hospitality, the parent company of Danny Doolan’s, described this project as a ‘glow up’. Danny’s waterfront venue had been largely untouched over the years, and was in need of a bit of extra life. As well, the team were wanting to make Danny Doolan’s a bit more of an inviting afternoon and evening spot (but don’t worry, if you’re a fan of Danny’s parties there is still plenty of fun to be had after 9pm!)

The team wanted to stay true to their Irish pub roots, while also making the space welcoming for those wandering past. The space doesn’t have a huge street-facing entrance, so they were wanting this area to really pop and entice people in. The interior needed some updates to align with a change in branding – having been black and red for many years, Danny’s were wanting to return to their original green and white colours.

“As well as an aesthetic update, there were other practical changes to be made as well,” says Natalie. “The dance floor was needing an update to be more of a dual-purpose area, and the stage needed some work to be a safe spot for our live cover band.” 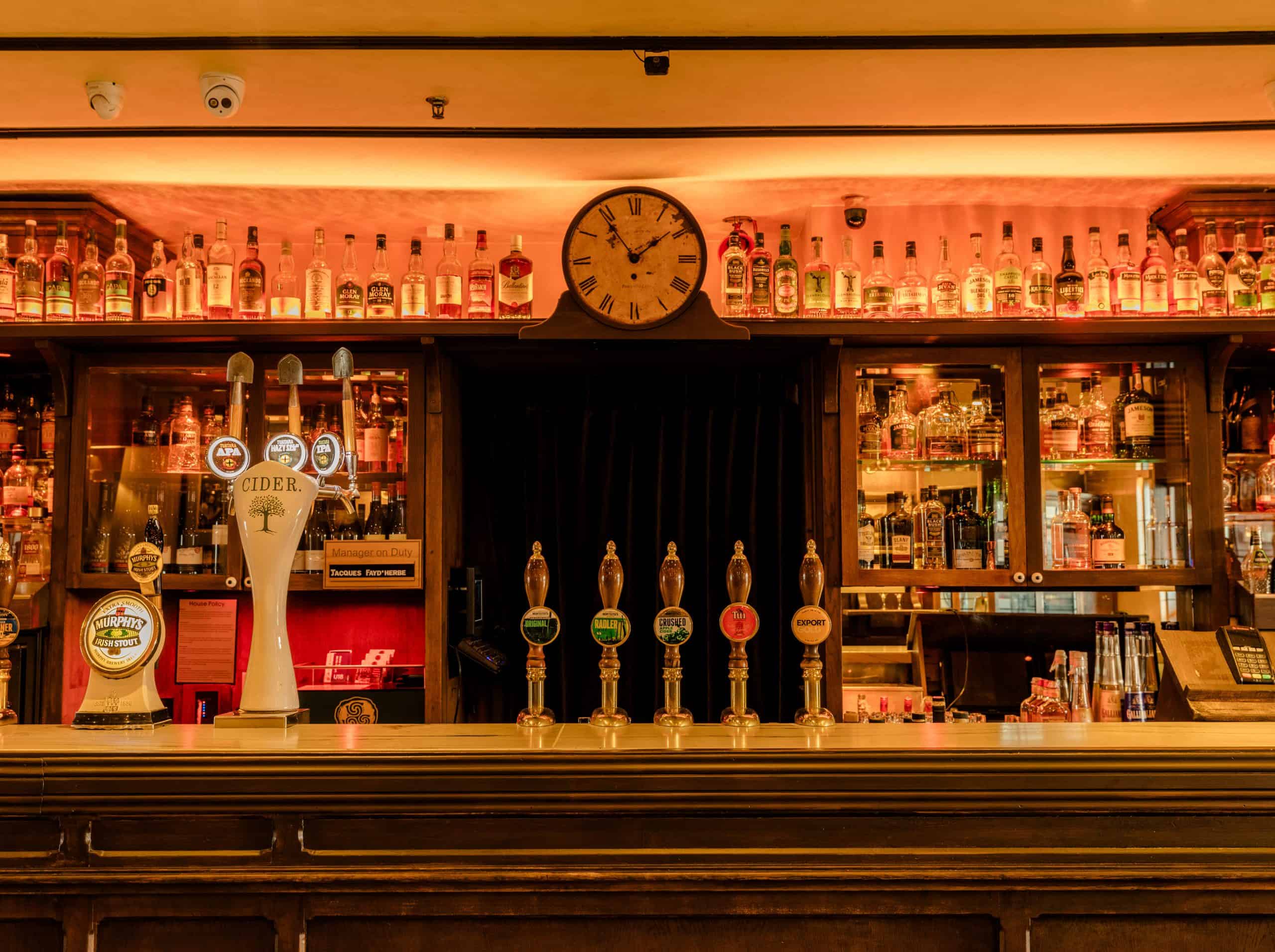 Fitting out around lockdown

Datum was familiar to the Good Spirits Hospitality team after we’d worked on a small project at another venue of theirs. We’d been recommended by some designer friends of ours and after impressing the team, we were brought on to bring the new Danny’s to life.

The original plan was for the pub to still be open while we worked on it outside of operating hours. But only 2 days into the fit-out, Auckland went into lockdown. That threw a spanner in the works and for several weeks we had to put down our tools while we waited for more information.

At Alert Level 3, we were able to get back on site while Danny’s was closed to the public and finish up the remainder of the fit-out as quickly as we could.

“While lockdown complicated the fit-out in some ways, it actually meant that the Datum team could have free reign of the venue while it was closed to customers,” says Natalie. “The team really delivered some incredible work and were able to completely transform the space.”

A space for people to enjoy

We like creating spaces for customers to enjoy – but we also enjoy creating spaces that people love working in. Since we’ve handed the venue back to the Danny’s team, there has been such a great response.

“Our team are so passionate about Danny’s, but they haven’t always had the most beautiful venue to work in,” says Natalie. “Danny’s has never really lent itself to daytime because it’s predominantly black and red, meaning our day team is used to spending most of their time in the gloom. Now, they get to spend the day in a space that’s nice and bright!”

The whole team was stoked with the fit-out and keen to get back to work after lockdown. They even helped sort some of the final touches, getting all of Danny’s famous knick knacks and decorations in place.

Not only does the new, lightened space make it a joy to work in, but the brightness really lends itself to a new kind of customer journey at Danny’s. No longer just a nighttime spot, the adjustable lighting and amazing new fittings means it’s perfect for an afternoon pint and good Irish meal.

“Because Danny’s is such a renowned venue, we really needed a fit-out team to deliver awesome results – which Datum has done above and beyond,” says Natalie. “We were so impressed with their hard work, flexibility and accommodating spirit to take all our feedback and needs on board to deliver a great fit-out.

“Because Datum has so many in-house resources, they were able to take care of all the joinery and final details. It saved us a whole lot of stress and really helped to create an amazing final product.”