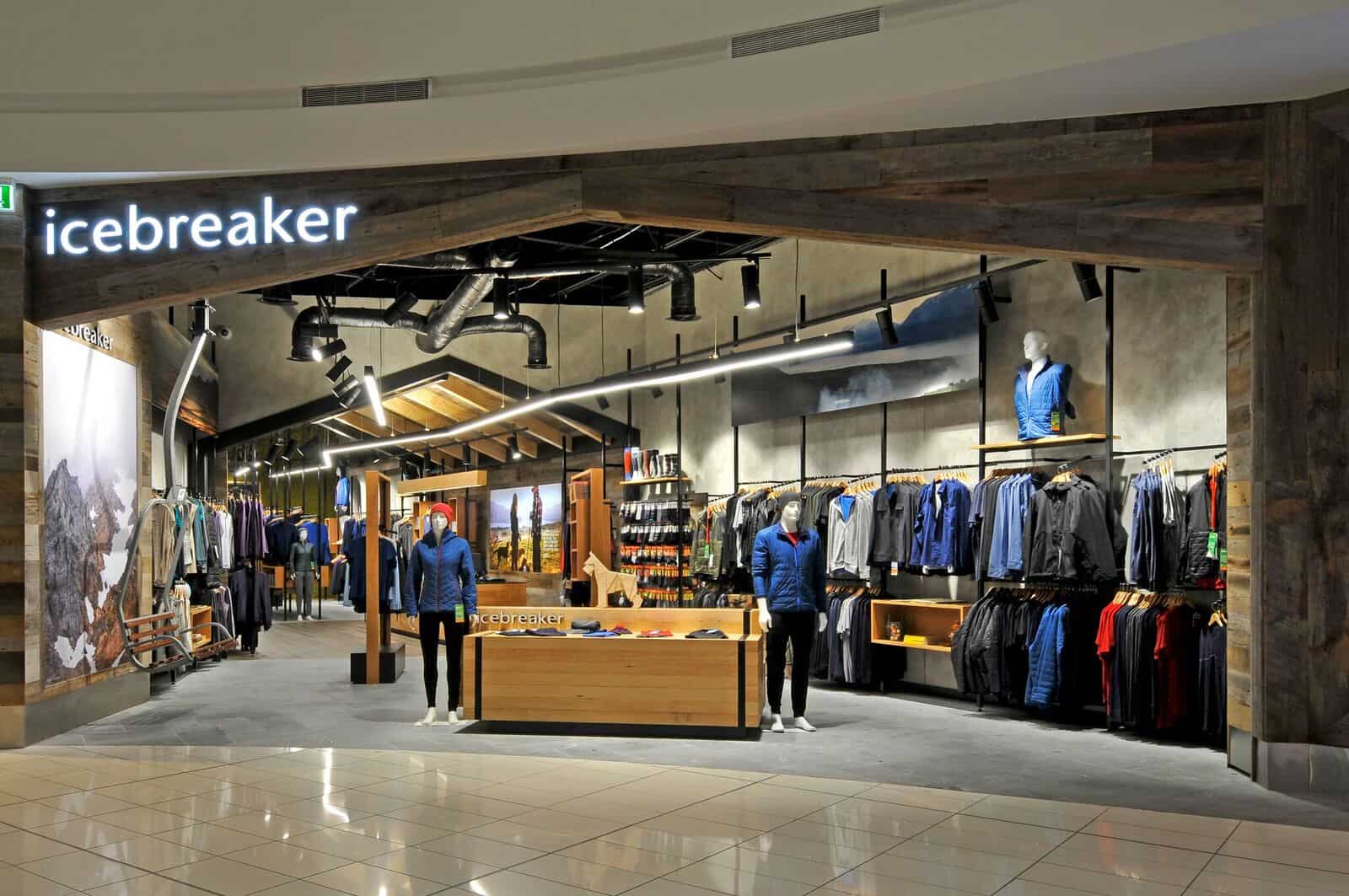 Datum’s been hard at work on the Auckland Airport refurbishments recently, with Icebreaker, Kiwi Discovery, Hayama, and Relay all crafted by Datum teams.

As one of the few nominated shopfitters working regularly at Auckland Airport for the past five years, and with the whole departure area changing between early 2017 and 2019, there has been huge scope for us to work on some very cool projects. 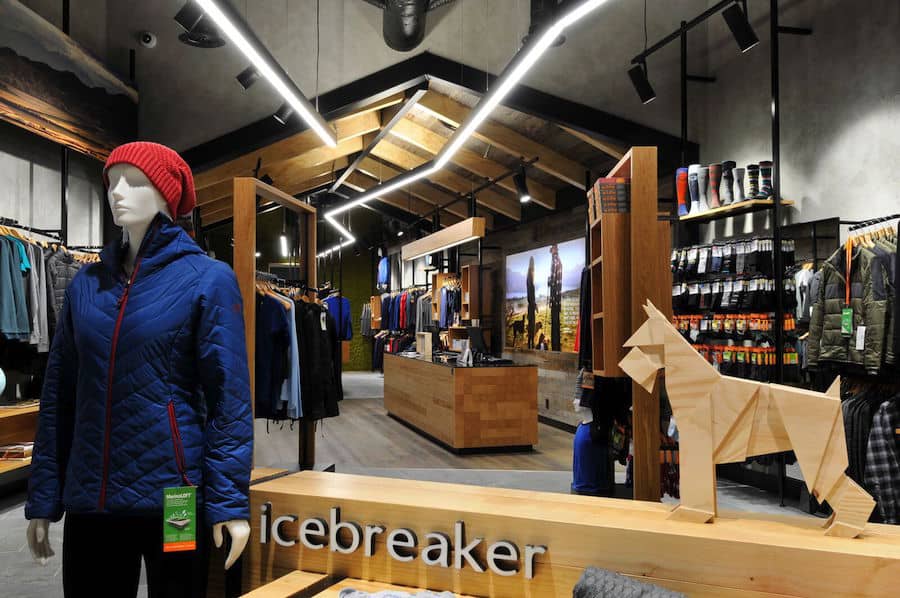 Icebreaker, saw a steel barn structure used as a centre piece. It also features an aged Oregon pine-clad shopfront, stone and timber flooring, a huge multi- screen display at the entrance, and even an old skit lift recycled from the slopes of Mt Ruapehu (something that we believe is a New Zealand first –and took some tricky engineering!) With a focus on respecting Icebreaker’s brand and vision, live moss was even imported from overseas and applied to the rear walls. 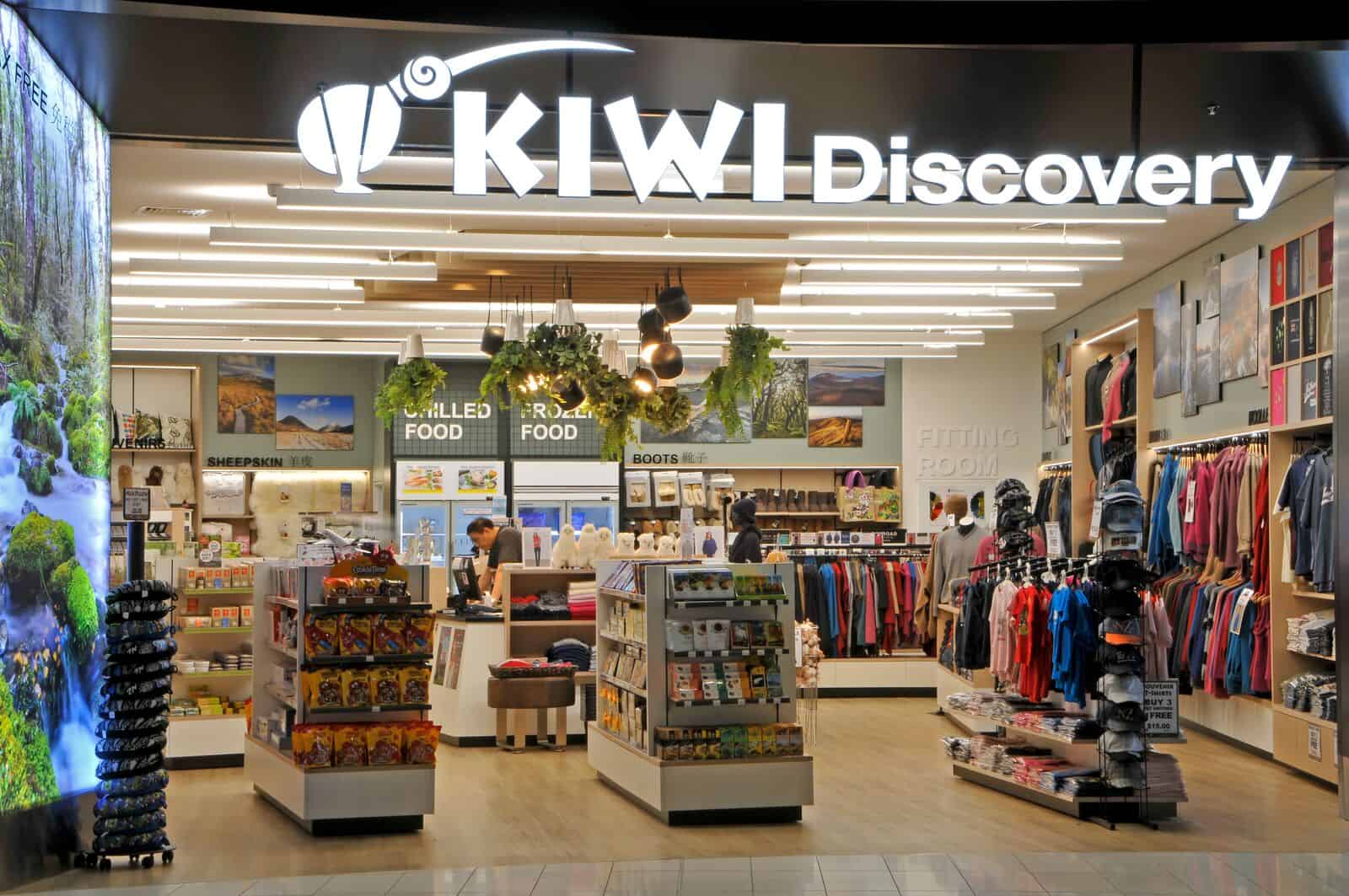 Kiwi Discovery was a brighter, joinery based gift store with custom-built perimeter merchandise displays, gondolas, and a recessed ceiling feature. However, the ceiling proved to be a bit of a challenge, with the builders having a ceiling that was 200mm lower than the initial plans! The shopfront was also a complicated angled frame clad in Alucabond. 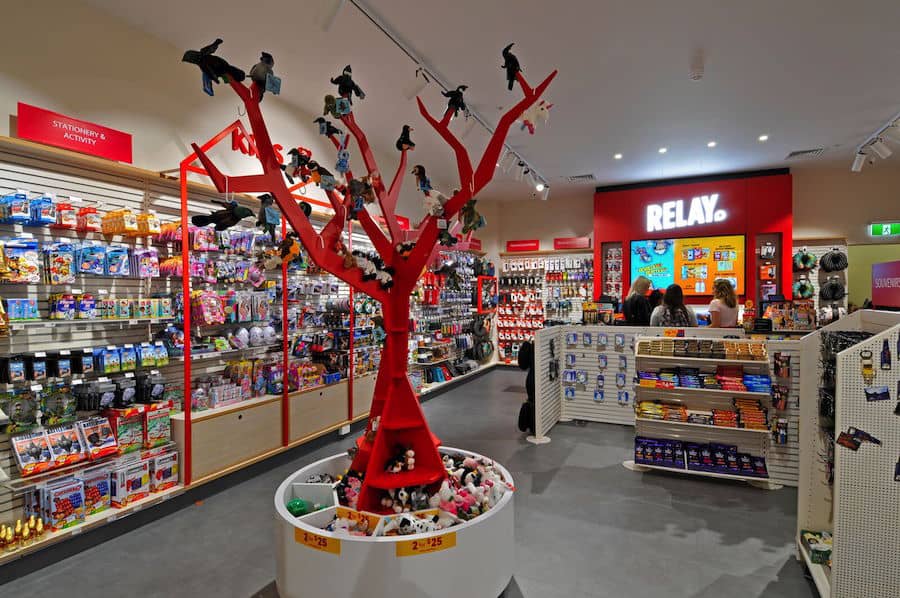 Following on from Christmas, we jumped straight into Relay, an airside convenience store with some unusual joinery and awkward seismic detailing. Before getting to the fitout stage, it had already been through several design iterations, and Mike from Work+Projects shared that, “Often we get a lack of details in drawings from architects. Both Rex and the joinery team were able
to interpret them and come up with solutions quickly without too much back and forth.” 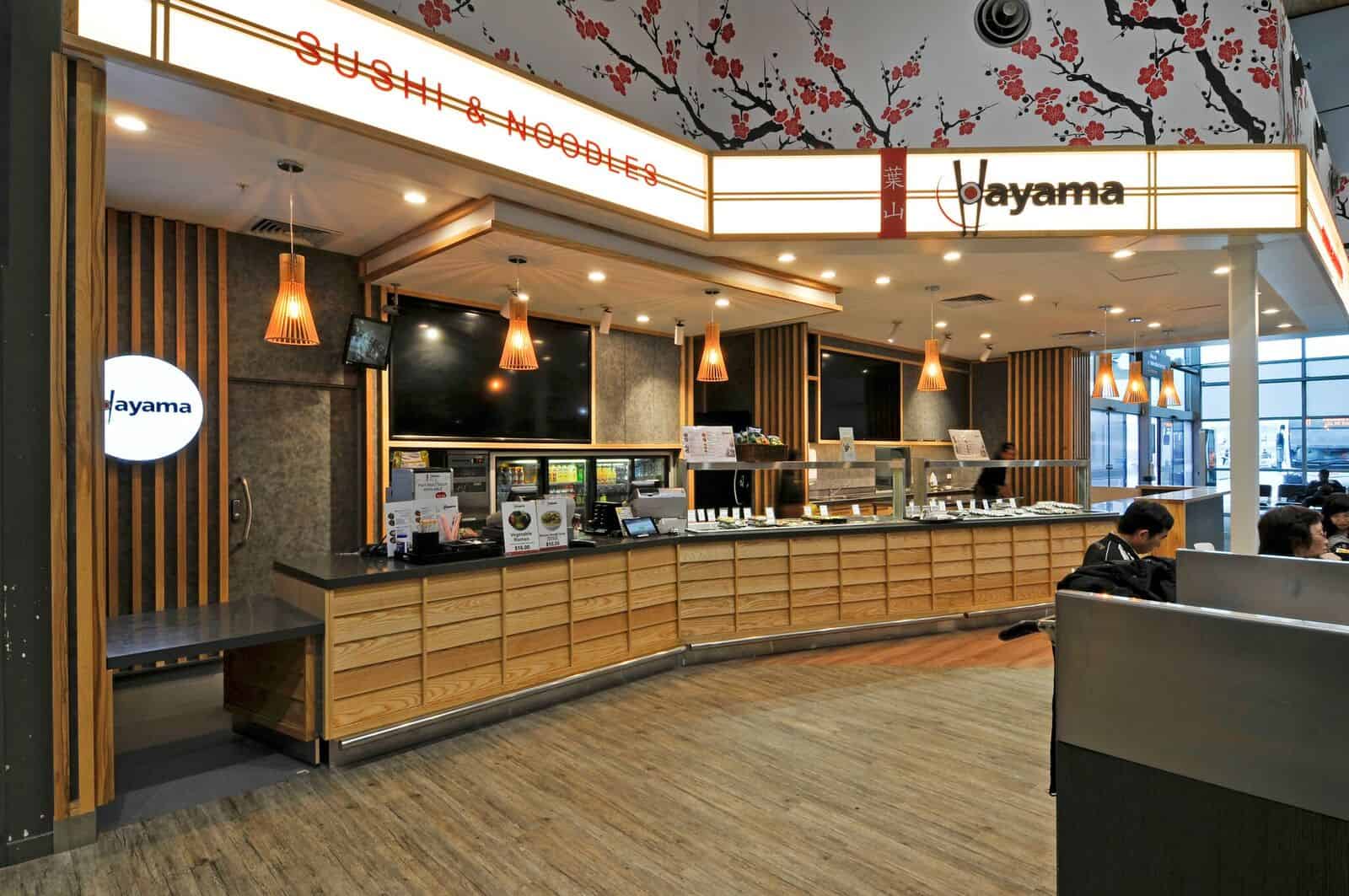 Over at the domestic terminal, we also did a refit of Hayama, a sushi and donburi restaurant. This project saw us undertake a massive revamp of the front of house area, from exciting LED lightboxes to new counters and leaners clad with solid Ash, HI-MACS worktops to laminate wall cladding. With a goal of increasing visibility among customers, it’s transformed how the domestic Hayama looks, and we’re excited to get started on one in the international terminal soon too.

Shares Judy from Kiwi Discovery (who manage Kiwi Discovery, Icebreaker, and Hayama), “With all the projects we work with Datum on, what I like is that they’re very solutions focused. Whatever problems come up, they’re always focused on finding a way around it, on what they can do to fix them.”

With another Hayama, Best Ugly Bagels, and several other food and beverage retailers on the books for the rest of this year, the team won’t be leaving the airport anytime soon. Working at the airport brings its challenges – such as security clearances, stringent H&S requirements and fairly anti-social working hours to mention a few – but that’s part of what makes the fitout experience so exciting.