From Pop-Up to a Flagship Store: Le Creuset Newmarket 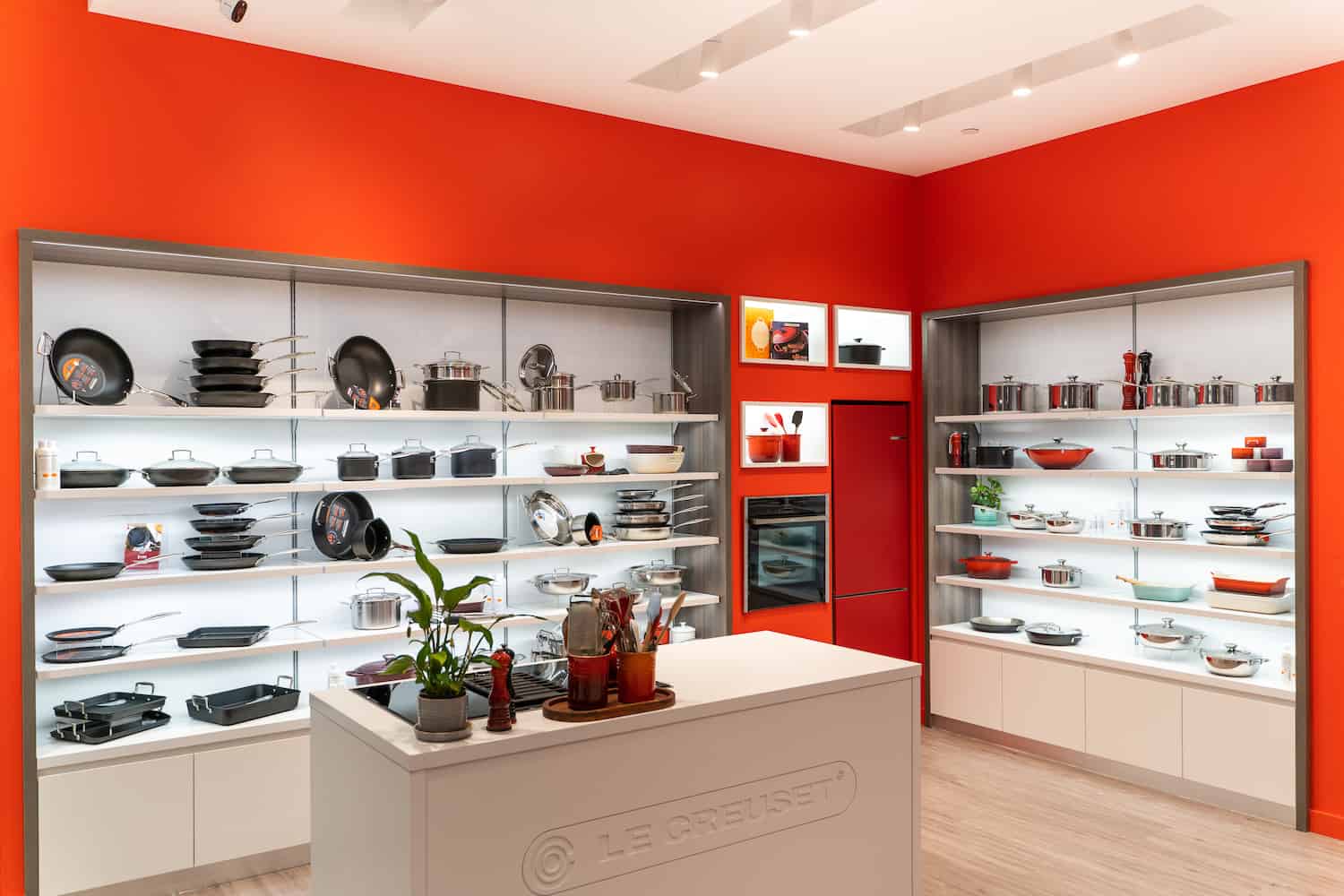 04 May From Pop-Up to a Flagship Store: Le Creuset Newmarket

It’s not every day that we work on a project with colleagues in the UK and fixture parts from Italy, but this was exactly the case for the latest Le Creuset flagship store in Newmarket.

As the first Le Creuset store in New Zealand in a long time, this project had more than its share of challenges to rise to – including a look and feel consistent with the European brand, and a tight turnaround.

Just as well our team were on the job.

A worldwide brand – and project

Kim Norton is Le Creuset’s Construction Project Manager for Europe, Middle East and Africa (EMEA) and our liaison for the project. As her role covers everything from conceptualisation with Le Creuset Group Architect (based in Switzerland) to appointing contractors, to on-site management (with Country Manager from Le Creuset NZ), she knew from the outset that she had to work with a strong fit out team in order to complete this project on time, to brand, and from half-way around the world.

She says that the Le Creuset store design and experience has developed significantly across the last decade, so the time was right for a new concept store in New Zealand. Le Creuset had been waiting for all elements to come together to be able to proceed with this project for some time, and in September 2020, they did. Once the green light was given, it was full steam ahead.

“Seth had been into one of our pop-up stores and was working closely with the Newmarket centre,” says Kim. “He approached us mid-September to see if there was any opportunity to work with us, as he became aware of the upcoming new store. This was perfect timing and we put Datum in the tender process.” 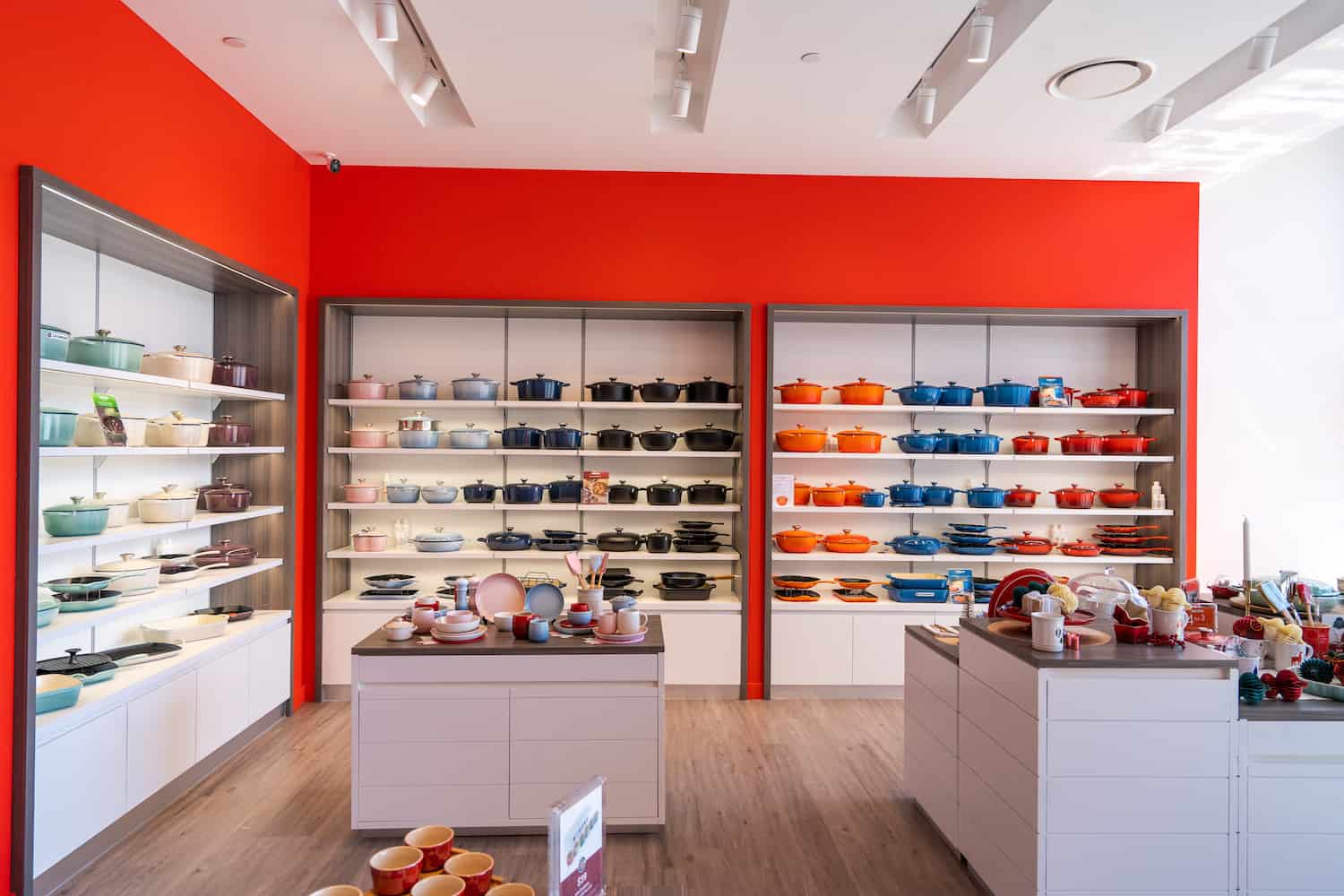 Kim says that there were two expectations that Datum had to meet. The first was a look and feel that was the same as the new Global concept, an experience consistent with all Le Creuset’s high-end stores. For Kim, getting the store right means “effectiveness through simplicity and detail”.

While developing a simple and effective modular system and custom furniture is a day’s work for us, it was the discreet lighting system that looked to be a challenge.

Le Creuset stores all use an Italian-designed LED upright system, with lighting strips hidden under the shelves so that the units almost disappear. “You notice the product, not the furniture,” says Kim. And since Le Creuset have been unable to find an equally discreet system in Australasia, the lighting units had to be shipped out of Europe.

Datum were able to manufacture the main units based on LC Group Architects designs so that the upright/lighting system would slotted into place once it had reached our shores. The result is a stunning look and feel that has to be seen, celebrating the high-end cookware and inviting customers to imagine it in their own homes. 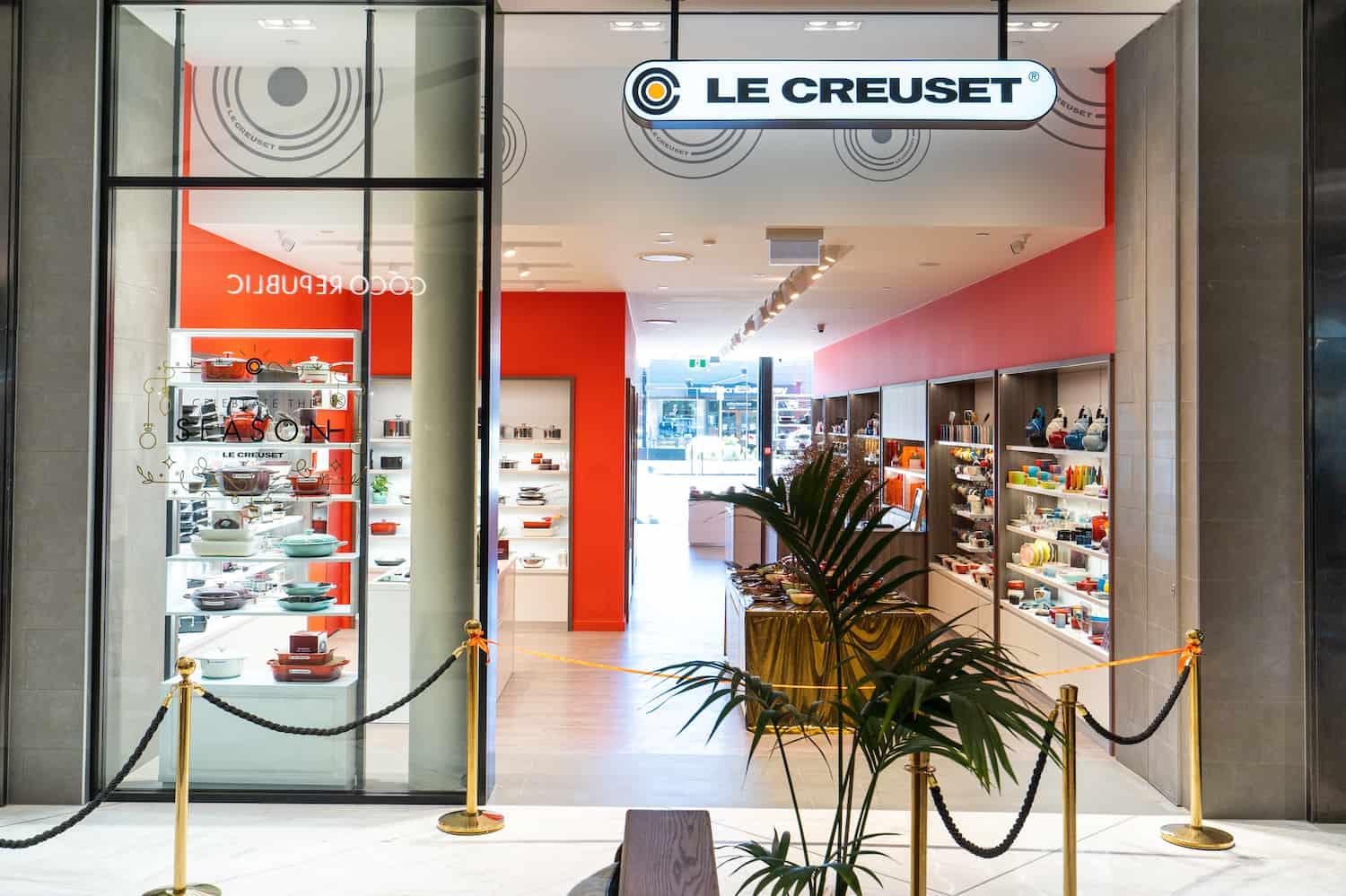 Working against the clock

The second challenge we had to meet was an exceptionally tight timeline, and communications staggered across a 13-hour time difference.

Le Creuset knew they had to be in their new store and open before Christmas 2020. Though Seth approached Kim mid-September, following the tender issue and subsequent negotiations, it wasn’t until the 20th October that Datum were appointed to the project – and not until the 9th of November that Le Creuset could take possession of the store and we could start on site.

With some late nights and early mornings on both sides of the world, we worked closely with Kim and the Le Creuset Team to close the communications gap and approve designs on a rolling basis. We also helped them secure their building consents, bringing local knowledge and the ability to keep to those tight timeframes to that process.

The project’s been a massive success – with handover on the 11th of December and a bold launch on the 14th in time to take advantage of the Christmas season. Just 10 and a half weeks from tender, and just over four weeks of on-site work.

“There’s been a lot of backwards and forwards, cost negotiations, and some things that needed quick action. But it’s been a huge success. The furniture manufacture turnaround was a big plus – and to achieve such great quality in the time given is fabulous,” says Kim.

“We were looking to find a team in NZ and I’d like to think we’ve found that. It’s good to know that we’ve got a strong team there for future project.”