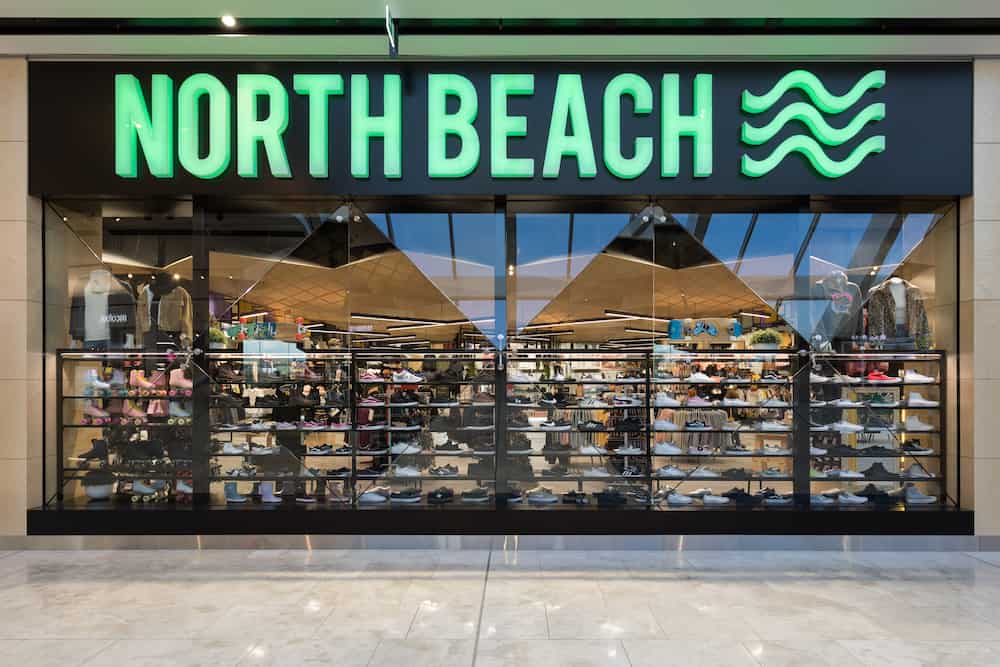 The team at Datum love working with the same clients on multiple projects, especially when we get to spin their style in a brand new space. That’s why it was so great to work with the North Beach team as we helped them to fit-out their new location in the Sylvia Park Galleria. 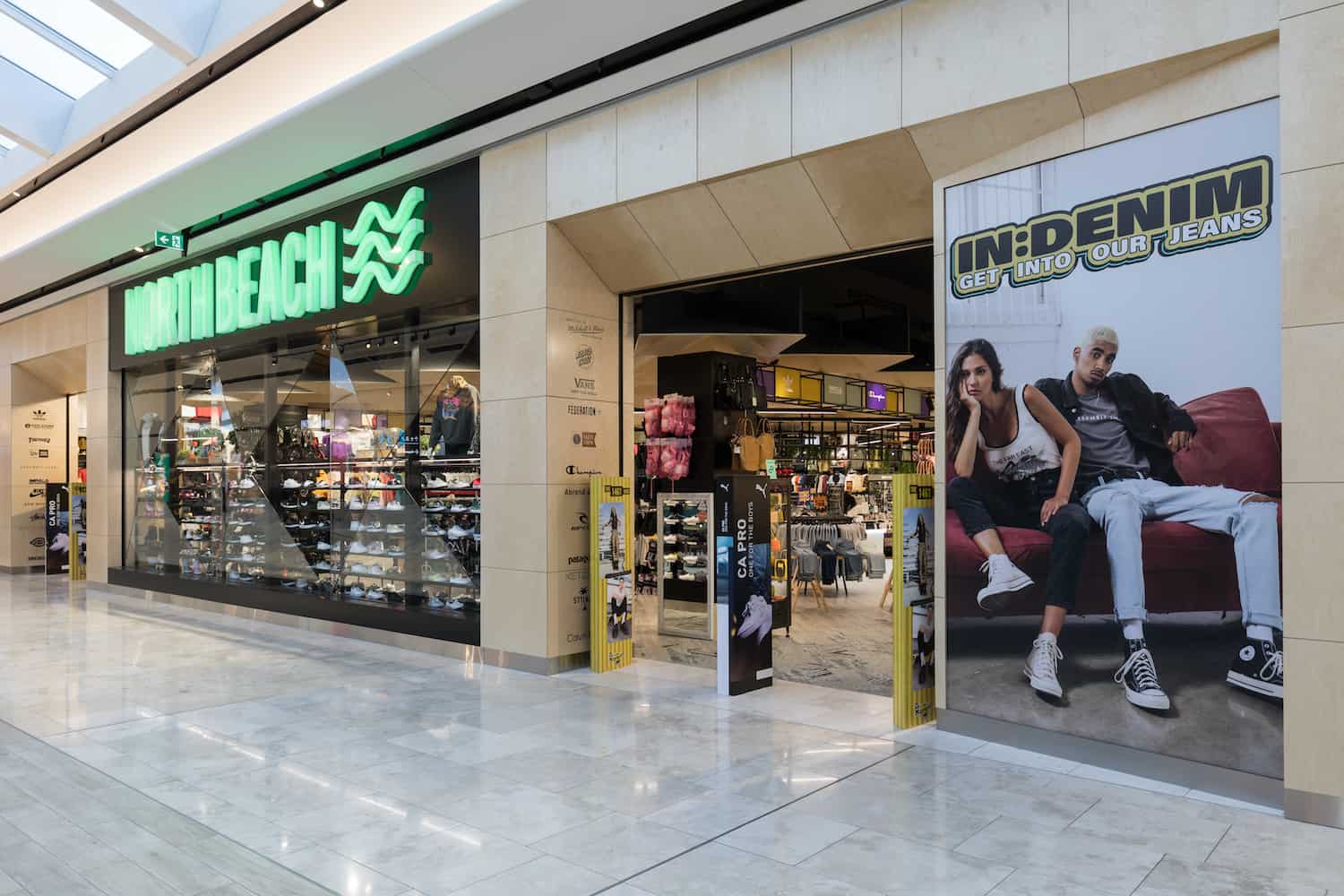 Designing a space to have an impact

North Beach have had a store in Sylvia Park for several years, but it wasn’t in a spot with the greatest foot traffic. When they got the chance to move to the new Galleria space in the mall, they jumped at the opportunity. The new spot was in a great location and needed an equally great fit-out!

The team at North Beach wanted a space that really stood out and impressed customers. But due to their merchandising system, space was a bit limited. With most of the walls being taken up with displaying their range of clothes, we had to think creatively to best utilise the space we had and still make it as engaging as possible.

“Our merchandising system doesn’t give a lot of wiggle room,” says Dave Malcolm, North Beach’s General Manager. “But we still wanted to create something really interesting that people would take notice of!”

Datum had worked with North Beach to create their original Sylvia Park store several years ago, and were stoked when North Beach chose us to help them bring the new store to life. Since we’d last worked together, we’d expanded the Datum factory – meaning we could produce more of the bespoke joinery and elements that North Beach were after in our own facilities. 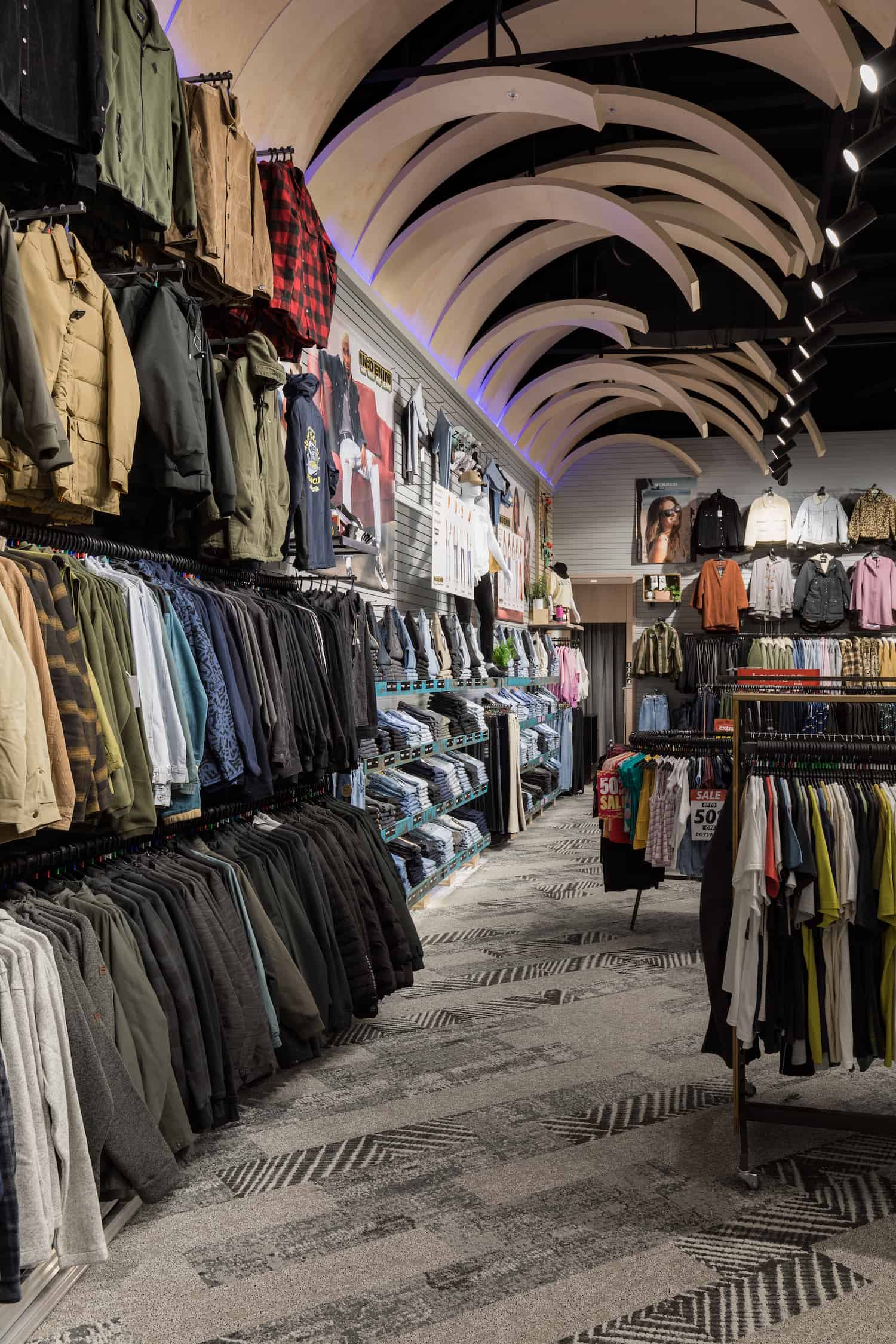 With the move across the mall finalised, production could begin. But as anyone in the fit-out industry knows, it’s rarely a smooth sail to a final fit-out!

We initially had problems with suppliers and getting all the materials we needed, as well as juggling the space within the site. The ceiling also threw the Datum team a bit of a curve ball, with extra structuring and steel having to be added throughout the fit-out.

Additionally, the feature wave wall at the back of the store was a challenge. Working with the limited space in and around the structure (including navigating around some fire sprinklers) was a chance for us to get our problem-solving hats on.

“The Datum team had to work hard to get around that,” recalls Dave. “But in the end, they made the fix easy and it all came together.”

It was worth it – the wall has gotten so many compliments and is definitely an eye-catcher.

“With any fit-out, there are always hiccups,” says Dave. “But I was so impressed with how Datum committed to getting everything done on time and were super clear on communicating what was happening.” 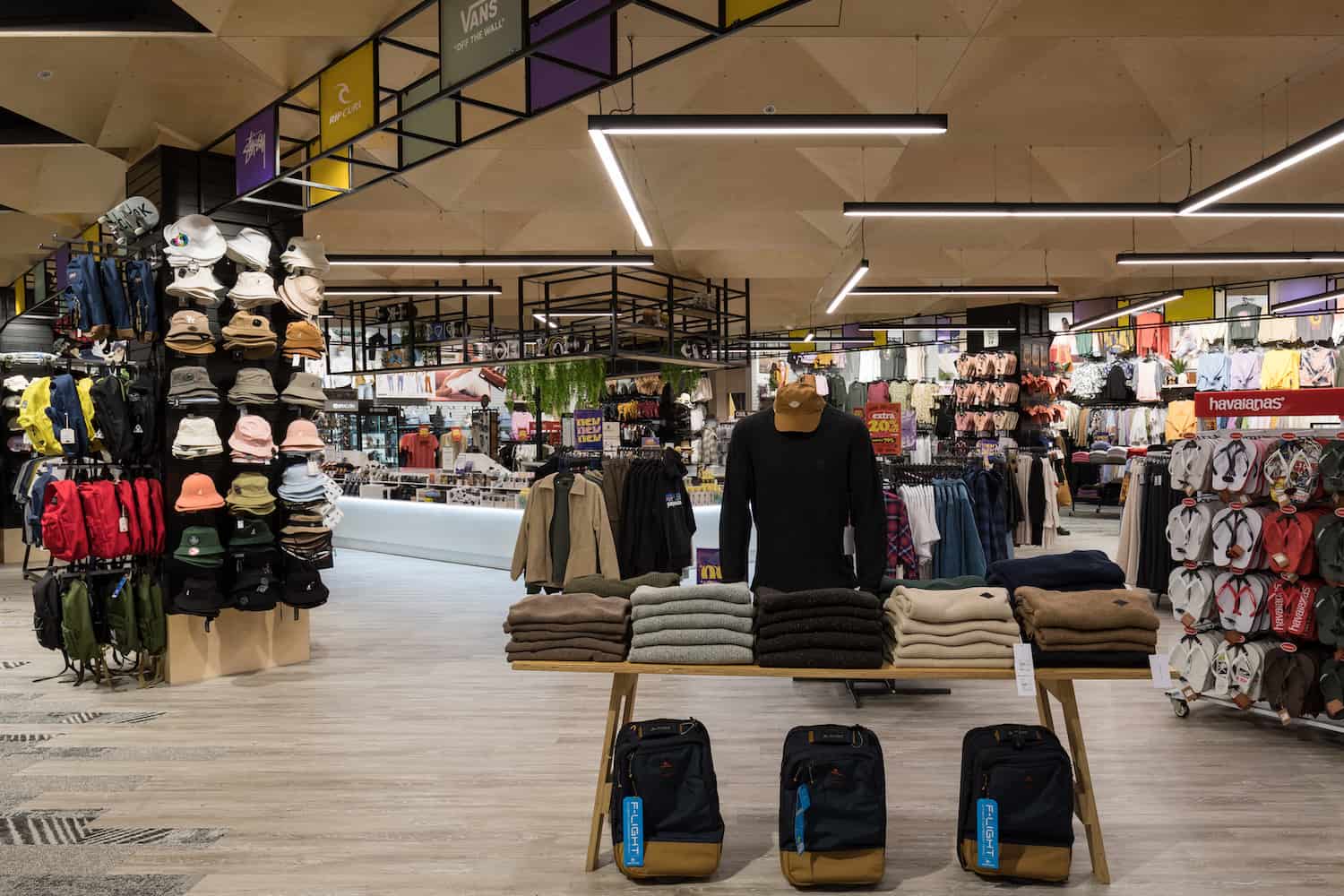 A must-visit store at Sylvia Park

Since the new store has opened, there’s been nothing but positive feedback for North Beach. Customers describe the frontage as being really striking – grabbing people’s attention from all the way down the mall!

“We’ve been really happy with how people are drawn into the store and how the store feels as you move throughout it,” says Dave. “The fit-out fits in well with our merchandising and ties everything together great.”

We were chuffed to work with Dave and the North Beach team to bring their unique style to a new space. It’s always a pleasure working with clients again and bringing their vision to life over and over.

“The quality of trade and what Datum can produce in their own factory is really awesome – not to mention Seth and the team are the ultimate professionals!” 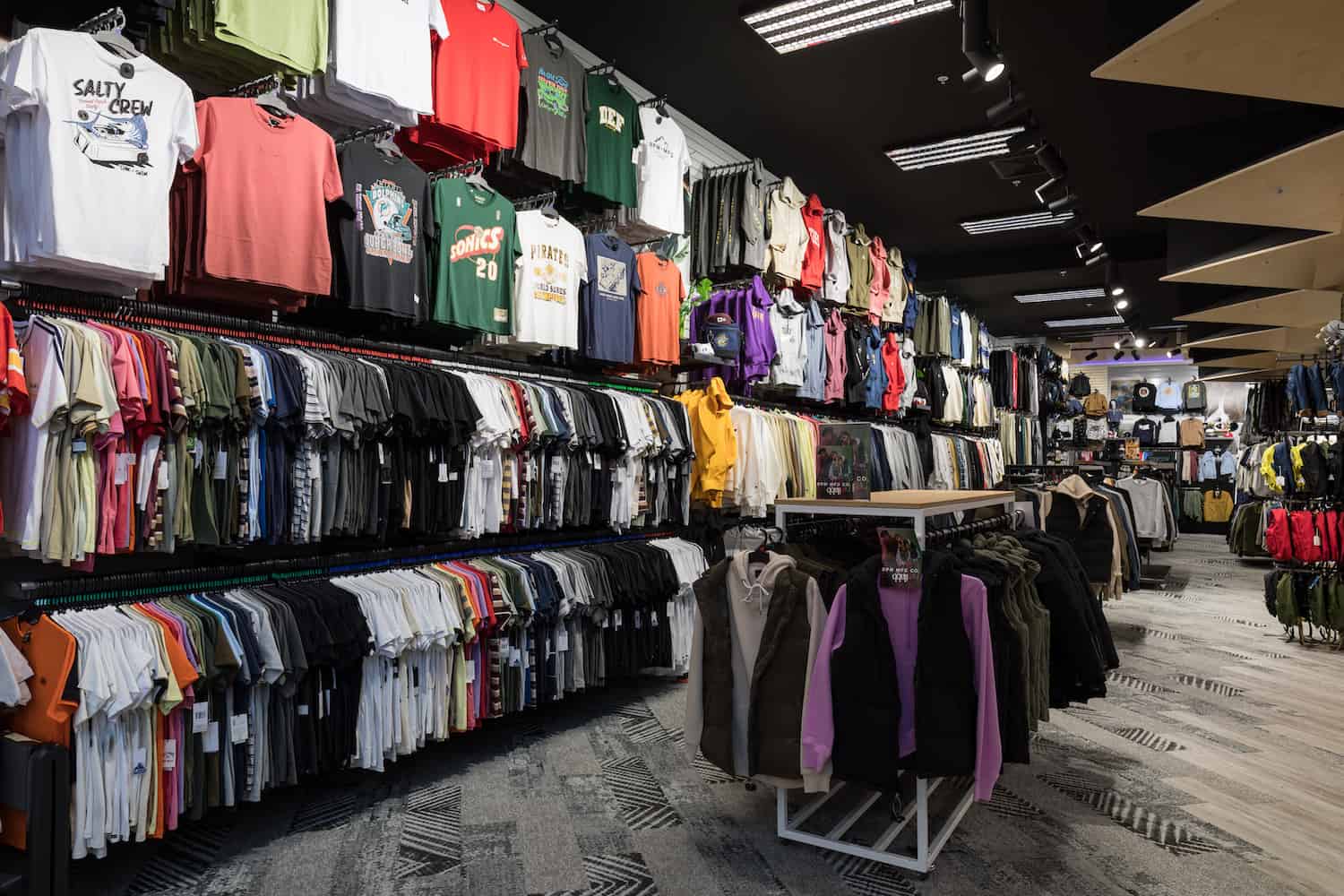